What are the Hurlers

The Hurlers are a stone circle complex and one of Cornwall’s best known prehistoric monuments. They stand on the desolate Bodmin Moor in south-east Cornwall.

The Hurlers are currently accepted to comprise of three stone circles and a pair of standing stones known as The Pipers.  In 1994 a possible fourth circle was discovered to the north of the Hurlers, apparently on the same alignment. The entire complex extends over an area of 162m 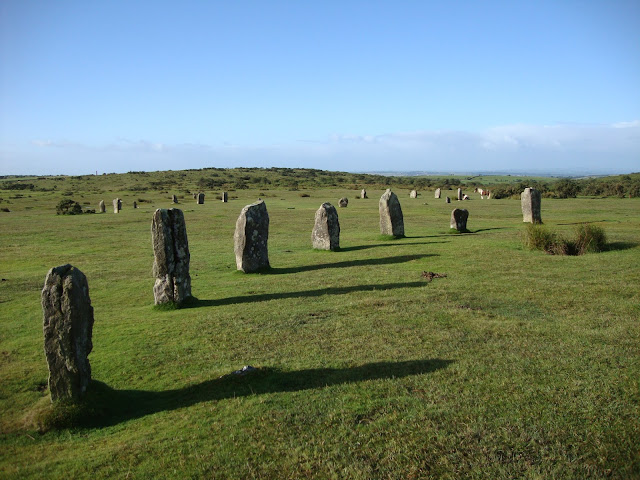 Standing near to the Hurlers circles are 2 upright stones, called the Pipers. Sixteenth and seventeenth century antiquaries William Camden and John Norden both mention the Hurlers. Both refer to folklore and the story that the stones were people who were turned to stone because they had played games on the Sabbath instead of going to church. The Pipers represented the musicians who played while the villagers hurled. Hurling is a Cornish sport, played with a silver ball and is still re-enacted each year. 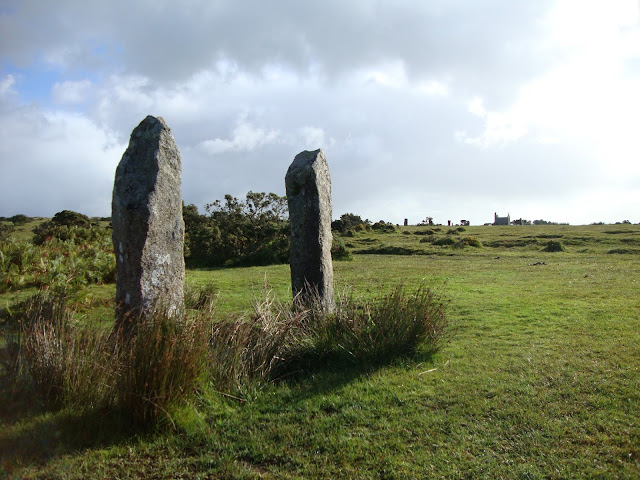 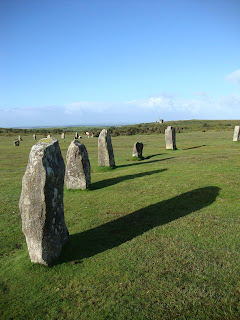 Origin of the Hurlers name

The title "Hurlers" comes from a legend, in which men were playing Cornish hurling on a Sunday and were magically transformed into stones as punishment. The "Pipers" are supposed to be the figures of two men who played tunes on a Sunday and suffered the same fate. According to another legend, it is impossible to accurately count the number of standing stones for they continue to dance when your back is turned and on a windy evening the piping music can still be heard to whistle across the moorlands.

C. A. Ralegh-Radford excavated the site in the 1930s, and partly restored the two northern circles by re-erecting some stones and placing marker stones in the positions of those missing. Archives from the unpublished excavation reports have been re-evaluated by Jacky Nowakowski (Cornwall Heritage Trust) and John Gould (English Heritage) and may result in more analysis and publication. 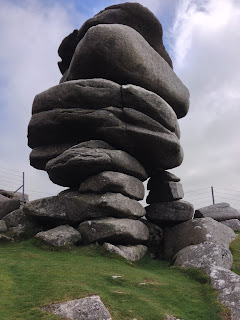 There have been several investigations at the Hurlers and surrounding moors.Between 1975-1985 aerial survey and subsequent analysis by various teams, including Cambridge University, University College London, RCHME and co-ordinated by Cornwall Archaeology Unit, which identify and mapedp many features. English Heritage conducted a geophysical survey in 2004. A survey by the Cornwall Archaeological Unit in 2009 indicated that there might also be a fourth circle and two stone rows.

Nearby on Bodmin Moor, Time Team investigated two sites near Rough Tor. One was a 500-metre long stone cairn, running on an east-west alignment pointing towards too Rough Tor. The other was a concentration of circular structures, believed to be Bronze-Age roundhouses, and other features all comprising a likely Bronze-Age village. 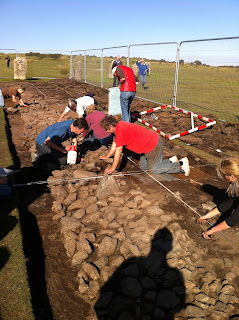 In 2013, an Astronomy and Archaeology project took place at the Hurlers, called Mapping the Sun, headed by Jacky Nowakowski and James Gossip (Archaeologists with Historic Environment Projects).

This project exposed a stone ‘pavement’ between the stone circles, and previously spotted during the restoration projects in the 1930s.

With the Hurlers at the heart of a well-preserved prehistoric landscape and one of the most significant and easily accessible prehistoric monuments in Cornwall, Mapping the Sun project aimed to promote interpretation and wider awareness of one of Cornwall’s most important ancient monuments.